How To Make The Most Of Failure 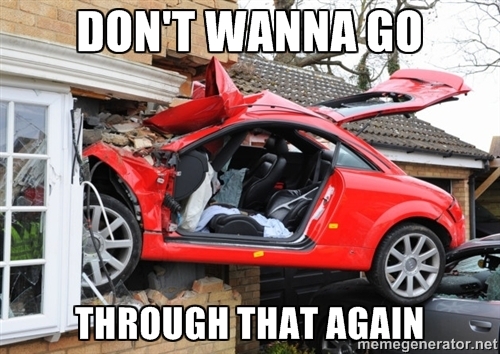 I was asked a hypothetical question: If someone caused a major failure to the business, would that be a reason to fire her.

I said no, because:

All this doesn’t say that punishing people for making mistakes doesn’t happen. Oh, they do.

One of the definitions of a safe working environment, is one where people are not blamed for failures. In such an environment, it is ok to be wrong. This does not mean we should  “celebrate failure”. First, failure can have hard consequences. Plus, if we celebrated every time we failed, we’d be pretty drunk most of the time. This invites other failures.

So how do we make the most of failure? We learn from it.

You can learn a lot from failure. Once you set up a safe environment where people can experiment without the fear of failure, you’re on the road to success.

PS. I got twitted this by Rob Neppell, as I was writing the post.

Well, sounds like you’ll ultimately either succeed, fail, or learn something.

I hope I at achieved one of those.