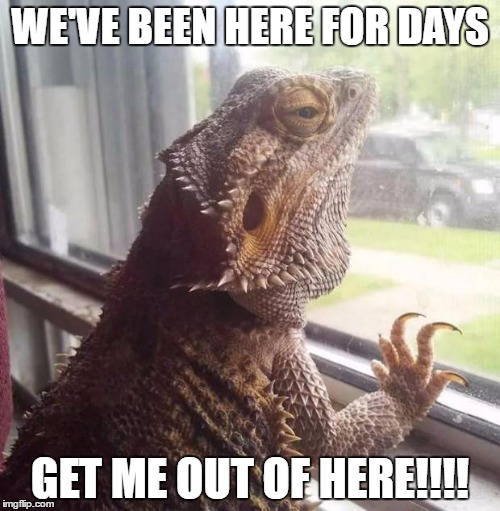 If you’re already doing agile wrong, retrospectives are one of the first things you let go of. A shame really, but if you’re doing something wrong, you better screw up the thing that will bring you the most value.

Why does dropping retrospective seem the least harmful? If you think planning is important (because it shows you think about work), and stand ups are important (because it shows you actually work), the demo and retrospectives are the next ceremonies. Somehow, they are more eligible to be thrown off the bus, rather than other non-value-adding meetings.

Retrospectives get their value from looking at reality straight on, conflict and arguments, and making decisions. All of these are hard enough by themselves, so you can see why they are easier to push off. Add to that the low chance you see an immediate benefit, and you’ll see why we think we can live without them.

Plus, they get really boring. Every time, start with the plus/minus. Same topics every time. Not to mention it’s the same old voices. The complainers, the boasters. You never hear the quiet ones, because the loud ones take the opportunity to talk.

They look more like venting sessions, where nobody seems to come out happy.

No wonder it seems a wasteful activity. And we would like to eliminate waste, right?

Isn’t there a better way?

So what’s the deal with retrospectives? If they are so important, why are we ok with removing them from the schedule?

The original reason we need retrospective meetings may surprise you: Retrospectives are place holders on our calendar.

Agile is about “inspect and adapt”, right? We’re supposed to be living improvement. Alas, we’re always being hit with the current emergency, or reports we need to submit, and meetings. Lots of them. We’re too busy with work to improve it.

In order to remember to do continuous improvement, we need reminders. That’s the retrospective meeting – a ceremony that takes place every X days, on our calendar, so we won’t miss it.

In fact, if you’re doing improvement continuously, meaning you have other methods to inspect your process, knowledge, learning, experimentation you don’t need retrospectives. It has been done.

But if you don’t do that, it’s the last meeting you should cancel.

But man, that meeting is boring

Well, that’s the second problem after not having retrospectives at all. We can do a lot about making them more fun or interesting. But these are dealing with the symptoms, e.g. making the meeting better.

The meeting by itself is just a tool. We want to make life outside the meeting better. While we decide to do something at the retrospective, The work is done outside the meeting. We use our tool to make sure we get the improvement – decide on action items, track these items, report on success or failure, and talk about what we’ve learned. We need to these in addition to discussing and thinking about what to improve.

We make retrospective more effectively, and train the team how to use it for better life.

Get ready to learn the biggest problem in meetings in general, including retrospectives: Facilitation. Actually – lack of it.

Facilitation, which is really a set of skills, is highly missed. Nobody  teaches it. We learn it by watching others, while we don’t know if they are doing it right. And when we watch master facilitators, we feel that they are so much better, that we have no chance to get to their level.

It is astounding how better facilitated meetings are than un-facilitated ones. They are focused, everyone gets a voice and they feel much more energized.

With good facilitation, people will want to come to the retrospectives. Sure, it will be more interesting, but not just that.

Good facilitators make sure people get a voice. They clear up the fog of war, so people know where their suggestions stand; who is accountable for what and by when. They give credit, when it’s due. The bad things, that we wouldn’t like to talk about – facilitators can help with presentation and without putting blame. They are good translators, when people talk with each other, but don’t listen.

And since those facilitators don’t grow on trees (at least, around here), you need to grow them. Train them, allow them to experiment and make mistakes.Give them opportunities and responsibilities.

But don’t forget the main thing: Retrospectives are there to push improvement forward. If the team doesn’t have the authority to make their own decisions, or these decisions are washed away by managers, or discuss failures without blame – even good facilitation won’t help here.