My Hovercraft Is Full of Eels 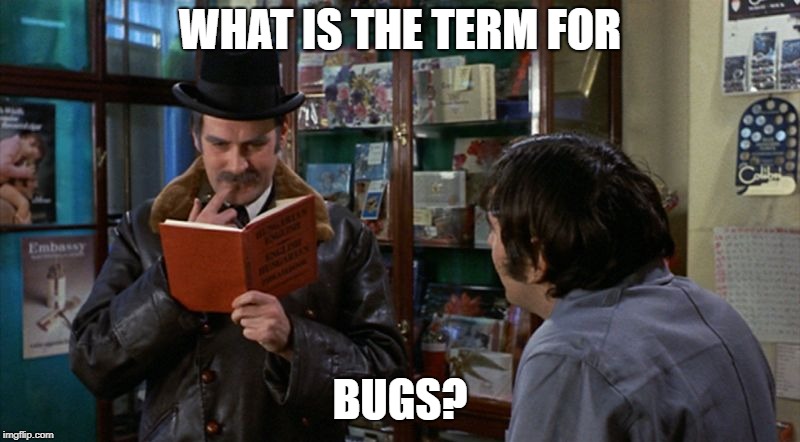 A story from my Clean Code class. The class exercises revolves around different aspects of the game Tic-Tac-Toe.

I like this game as a platform for  exercises: It doesn’t seem to need any requirement specification.

People know the game, and assume that they know exactly how they need to code it. Most of them skip the design phase. It illustrates, every single time, how developers just rush out to “get the job done”, rather than think, design and then code.

One of the first exercises is to start writing code for the game, mostly focusing on names and operations, rather than on actually making it work.

At the end of the exercise we review the code of one of the students. It looked something like this:

Looks innocent enough, right? I’ve done the exercise more than I can remember, and many times a Game class starts out just like this.

Here’s the thing: Notice that the Game creates the Board? That means there’s a new board for every game.

You know, in real life, there’ll be multiple games on the same board. If we actually thought about modeling the relationship between the Game instances and the Board instances, it would be many-to-few (or even many-to-one, if we’re reusing the board).

Next, the Game creates the Player instances. Since there’s no indication in the requirements who manages the players, the Game is an viable design choice. I’m not going to discuss where it is a good or bad one, but it is a viable one.

Still, as we can read the code, we see that not only does the Game class contains the Player and Board entities, it actually creates them.

Now, would you describe a game like that to a friend who doesn’t know what’s that everyone’s playing?

A game is played by two players on a board.

A game creates a board. It then creates the players.

One of the things I talk about (repeatedly) in the Clean Code class, is the importance of ubiquitous language. That means we use as much as we can names and operation terms from the real domain (the product language) across the requirements, design, code, tests, documentation and operations.

Since we’re dealing with code, what you already see is a dissonance. We see that the relationship between the objects in the model is not as we describe it in the real world.

Of course, it can be a lot more basic. Many attendees who do the exercise describe the Board in the Game like this:

I don’t know about you, but never have I heard the game described using the word “array”. Even by developers. Go ahead, ask them.

Of course English and Java (or whatever persuasion you come from on either) are different. Languages have differences inherently.

However, what happens when we have translations errors? Sometimes, we understand, no harm done. Sometimes we end up with a weird Hungarian to English dictionary.

Second, don’t skip the design. Use the terms from the domain in the code.

But also, tell the usage story. If we describe the game like this:

A game is played by two players on a board

There are only a few that read as the game is described. If you want easily maintainable design (and who doesn’t) start with as less translation as possible.