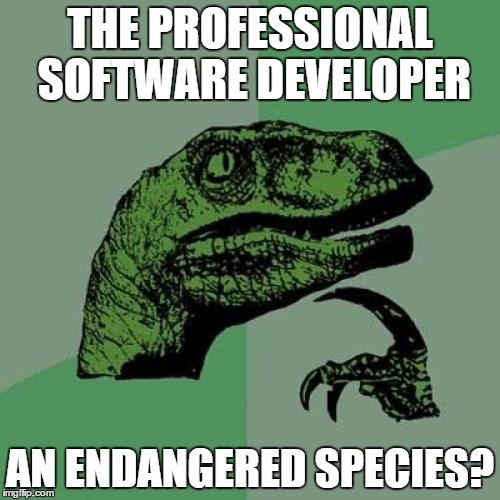 A developer’s life is not simple. Developers need to contend with adding new software features, quickly, from different customers, while keeping up with technology. And do some support work in the middle. And, also meetings.

However, the road to improvement through this complex situation can be a strange one. It sometimes starts with these suggestions, heard around in recent retrospectives:

Some of these I heard many times, and some are more rare (I admit the unit tests one actually rendered me speechless, which is not easy to do). These examples are merely symptoms of the ineffective systems we create for software development.

Developers understand that they are measured by code. Any non-coding tasks for programmers, or non-testing for testers is considered less valuable. Retrospectives, for examples, are more prone to be pushed. While quality is important, it can be deferred because of pressure to work on that next thing.

The systems encourage shortsightedness, and so developers are less interested in the big picture. We can keep our programmers working, but at the expense of overloading the testers the next time around. We won’t invest in long term valuable activities like unit testing, because we’ll put in bugs now. If estimates are valued now, we’ll work more on them, and delay the actual software development.

Every time I hear this and I think “oh, not again”, or “are you kidding me?” I remind myself:

Nobody is trained to spot problems and offer options.

Nobody is encouraged to rock the boat with new ideas.

When professional development is found, it’s usually by luck – having the environment to grow the professional developer, with permission to experiment and fail, with resources and coaching to direct. And you need the right people in place, and to retain them, because they will become a hot commodity, when they tame the enterprise tiger. (Or become consultants).

Professionalism is not about learning one more programming language. Or mastering a new testing technique. Or not even having a retrospective session every two weeks.

It’s understanding how our we impact the business. It’s keeping sight on the big picture, not the day-to-day tasks. It’s continuously learning. It’s about paving the way for the next professionals, creating the environment where they can grow.

Professionals need the right environment to grow. To survive. You can decide to cultivate a professional culture.

If you don’t, someone else sure will.